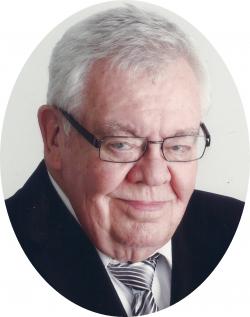 David Ferrand Curtis, Q.C.– 78, Valley, Colchester County, passed away peacefully, with his loving wife at his side, on Tuesday morning, March 27, 2018, at home. Born in Truro, he was a son of the late Dr. Edgar and Ella (Ferrand) Curtis.

David graduated from Dalhousie University Law School in 1963 and practiced law for over 50 years, starting his career with Gardiner Roberts in Toronto, studied overseas and completed Graduate Studies, Law, Kings College, University of London, England, and then returned to Truro where he partnered with James Retson and formed Retson and Curtis, subsequently practicing with Burchell MacDougall, independently as David F. Curtis, Q.C. Law from 1984-2016 and more recently with Patterson Law as Counsel; David received his Queens Counsel in 1983.

He was a Past President and current member of Truro and District Chamber of Commerce and United Way of Colchester County, served as President of The Children’s Aid Society of Colchester County, long serving member and past Vice Chair of NS Legal Aid Commission, Honourary President (2007/2008) of Nova Scotia Barristers Society where he also served on numerous committees, served on Colchester Regional Hospital Board and was a long standing member of the Liberal party. In his spare time, he enjoyed curling, watching hockey, especially the Montreal Canadiens, beach cruising and traveling.