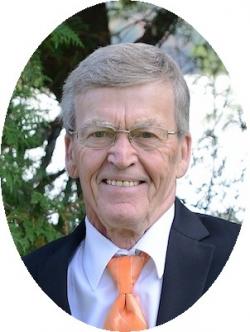 Lewis, M. Sydney "Bubby"- age 76 of Lr. Sackville, passed away Saturday, December 29th, 2018 in his home. Born in Lower Five Islands, he was a son of the late Royal and Beryl (Davis) Lewis. Syd worked in many manual labour positions through out his life, was a skilled craftsman and painter, and was always eager to help with renovations and special projects. He was well known for his sense of humour, practical jokes and playing old country music on his 12 string at any family gatherings or house parties. In 2004, when his first grandchild was born; she renamed him; anyone who has met or spent time with him in the last 10 years lovingly use this nickname and he will always be remembered best as "Bubby".

He was predeceased by sisters; Murdelle and Carolyn and brothers; Royal Jr. and Morton.

Arrangements are under the direction of the Mattatall~Varner Funeral Home, 55 Young Street, Truro. There will be a celebration of life held at his daughter’s house, in Hammonds Plains, for family and friends on Saturday, January 12th, 2019, starting at 3:00 pm. Burial in the Economy Cemetery at a later date. Memorial donations can be made to the Heart and Stroke Foundation of Nova Scotia, to the COPD Foundation of Canada, or to the Economy Cemetery. Private messages of condolence may be sent to the family by viewing Syd’s obituary on-line and selecting "Send A Condolence" at: www.mattatallvarnerfh.com

Visitation
Celebration of Life for family and friends
Visitation Time
Starting at 3 pm
Visitation Location
At his daughter’s house, in Hammonds Plains
Burial Location
Economy Cemetery at a later date
Requested Charity
Heart and Stroke Foundation of Nova Scotia, to the COPD Foundation of Canada, or to the Economy Ceme