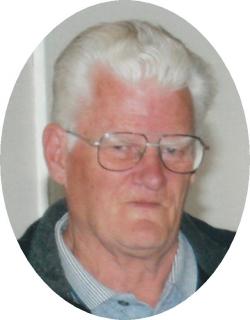 William Douglas "Bill" Johnston – 79, Truro, passed away peacefully, with his loving daughters at his side, on Sunday evening, January 6, 2019, at Colchester East Hants Health Centre, Truro. Born in Truro, he was a son of the late Henry and Eva (Bigsby) Johnston.

Bill worked as an orderly at Colchester Regional Hospital for over 30 years. He enjoyed golfing and bowling and in his younger years, played baseball and hockey. He had a soft spot in his heart for animals, especially his cat, Charlie and dog, Molly.

Arrangements have been entrusted to Mattatall – Varner Funeral Home, 55 Young Street, Truro, where Bill’s family will receive friends from 4:30 p.m. – 6:30 p.m., Sunday, January 13, 2019. Interment will be held at a later date. If so desired, donations in Bill’s memory to Colchester SPCA or charity of choice are welcomed. Private messages of condolence may be sent to the family by viewing Bill’s obituary on-line and selecting "Send A Condolence" at: www.mattatallvarnerfh.com