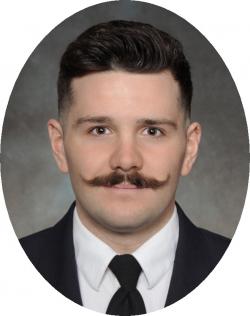 Skyler Lee Blackie – 28, Debert. It is with great sadness that we announce the passing of Skyler Lee Blackie, on Wednesday, March 20, 2019, at the New Halifax Infirmary, QEII, Halifax, following a tragic accident while training on March 9, 2019. Skyler was surrounded by the love of his family and firefighting community. Through Skyler’s gift of donation, his legacy and strength will live on in others.

Born in Kingston, Ontario, he was a much loved son of Blaine and Cheryl Ann (Noiles) Blackie, Windsor Junction. Skyler graduated from Lockview High School in Fall River in 2009. He was a certified life guard and received a medal for his life saving efforts. A volunteer firefighter since the age of 18, he was trained through Halifax Regional Fire and Emergency Services and served as a Lieutenant with Station 45 in Fall River; during this time he attended NSCC and received his HVAC certification and then began his career as a firefighter with Truro Fire Service on October 1, 2013.

He was a charismatic, funny, outgoing and kind individual who touched everybody’s heart. As lead of the charitable committee for the fire hall, he generously shared his efforts to raise awareness and funds for Breast Cancer and Prostate Cancer, participating yearly in "Movember". He enjoyed fitness and built the gym at the fire hall and instilled his passion with others through personal training. Although Skyler had a passion for firefighting and fitness, his passion and love for Erin and building a life with her was unmeasurable.

Special thanks are extended to the doctors and nurses in the Intensive Care Unit at the New Halifax Infirmary, QEII and to the firefighters and community in Truro, across the province and beyond for your tremendous love and support.

Arrangements have been entrusted to Mattatall – Varner Funeral Home, 55 Young Street, Truro. Private messages of condolence may be sent to the family by viewing Skyler’s obituary on-line and selecting "Send A Condolence" at: www.mattatallvarnerfh.com