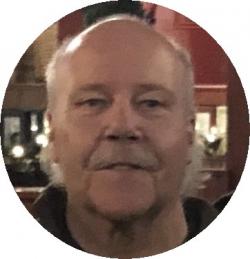 David William Snook – 65, Folly Lake, passed away peacefully, surrounded by the love of his family and at the place he loved best, on Monday evening, July 8, 2019, after a battle with cancer that he faced with courage and strength. Born in Truro, he was a son of the late John and Dorothy (Heartz) Snook.

David was a well-known local businessman who owned and operated "The Snook Group"; he was a humble man who gave of his time and resources to help many local charities. An avid outdoorsman, he enjoyed skiing, snowmobiling with friends, and just being at the lake. A sports fanatic, he enjoyed many sports and was involved with Truro Minor Football Association. He will be missed by his feline companion, Mowgli.

We would like to thank the VON and Palliative Care for your outstanding care; you were David’s friends and he was so thankful for each and every one of you.

Arrangements have been entrusted to Mattatall – Varner Funeral Home, 55 Young Street, Truro. Private messages of condolence may be sent to the family by viewing David’s obituary on-line and selecting "Send A Condolence" at:www.mattatallvarnerfh.com