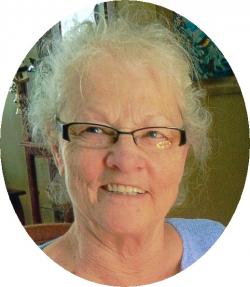 Diana was a dedicated CNA and worked at Victoria General Hospital and Halifax Infirmary and then at Colchester Regional Hospital from where she retired after over 20 years of service. Diana’s faith was strong and she lived her life according to that faith. She enjoyed gardening, knitting and cross stitch and many of her completed projects have been enjoyed by family and friends.

Arrangements have been entrusted to Mattatall – Varner Funeral Home, 55 Young Street, Truro, where Diana’s family will receive friends from 6:30 – 9 p.m., Sunday, September 8, 2019, and funeral service will be held 2 p.m., Monday, September 9, 2019. Reception will follow. Interment will be held at a later date in Tabusintac Riverside Cemetery, Tabusintac, New Brunswick. If so desired, donations in Diana’s memory to Palliative Care Unit of Colchester East Hants Health Centre are welcomed. Private messages of condolence may be sent to the family by viewing Diana’s obituary on-line and selecting "Send A Condolence" at: www.mattatallvarnerfh.com