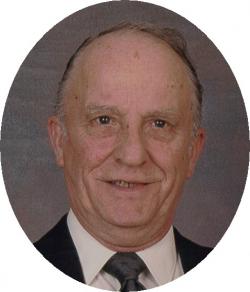 Donald worked at Stanfield’s for many years and was a gentle, quiet and unassuming man. He loved his family, and his pride and joy was his grandson, Christopher. He enjoyed golf, hunting and fishing, and in earlier years, bowled on a league. He was an avid fan of baseball and hockey and he could be found cheering on his favourite teams, Toronto Blue Jays and Toronto Maple Leafs.

Arrangements have been entrusted to Mattatall – Varner Funeral Home, 55 Young Street, Truro, where the Liturgy of the Word will be said 2 p.m., Friday, September 13, 2019, Father Dariusz Miskowicz officiating. Reception will follow. Interment to follow in Bible Hill Cemetery. If so desired, donations to Canadian Cancer Society are welcomed. Private messages of condolence may be sent to the family by viewing Donald’s obituary on-line and selecting "Send A Condolence" at: www.mattatallvarnerfh.com