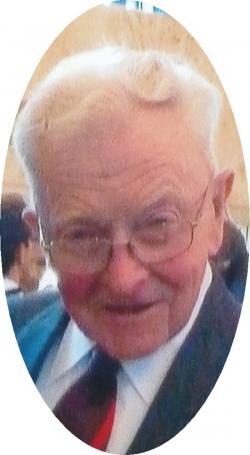 Cooke: Harold "Red" William: It is with heartfelt sadness we announce the sudden passing of Harold "Red" William Cooke of Lornevale, Col. Co., on Wednesday, November 13, 2019, at the age of 84, in the Aberdeen Regional Hospital New Glasgow. He was the son of the late Harold and Jane (Quilty) Cooke, and twin brother of the late Gerald Thomas Cooke. Harold is survived by and will be sadly missed by daughter, Marie Faulkner, grandchildren, Sally and Thomas Faulkner, along with Charlotte MacVicar, Andy Faulkner, co-worker/friend Gordon Richards, many cousins and friends. Harold was a well-known and respected licensed auto mechanic working in auto repair service in the Truro area until he retired at the age of 80. He was often called upon by many previous customers and friends asking for advice on car problems, even as recently as this fall. Arrangements have been entrusted to the Mattatall ~ Varner Funeral Home, 55 Young Street Truro. No visitation by request. A service to celebrate Harold’s life will be held 11 am Saturday, November 30, in the Immaculate Conception Church, 669 Prince Street Truro, with Father Dariusz Miskowicz officiating. Reception to follow in Campbell Hall. Interment will be immediately after in the St. Ambrose Catholic Church Cemetery in Londonderry (weather permitting). Family flowers only. Donations in Harold’s memory may be made to a charity of your choice. Private messages of condolence can be sent to the family by viewing Harold’s obituary and selecting "Send A Condolence" at: www.mattatallvarnerfh.com