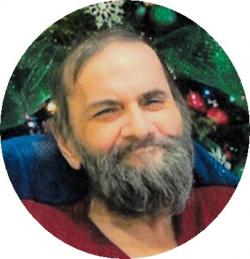 Thomas Gordon Lynch – 69, Truro, passed away peacefully on Thursday evening, January 9, 2020, at Cedarstone Enhanced Care, Truro. Born in Halifax, he was a son of the late Thomas Cyril and Gladys May (Goodyer) Lynch.

He was a noted writer and jack of all trades and lived most of his life in Halifax and Yarmouth before moving to Truro.

Funeral service will be held 4 p.m., Wednesday, January 15, 2020, at The Church of Jesus Christ of Latter-Day Saints, 148 Evergreen Drive, Truro, President Stephen Brogan officiating. If so desired, donations in Thomas’ memory to a charity of choice are welcomed.

Arrangements have been entrusted to Mattatall – Varner Funeral Home, 55 Young Street, Truro. Private messages of condolence may be sent to the family by viewing Thomas’ obituary on-line and selecting "Send A Condolence" at: www.mattatallvarnerfh.com