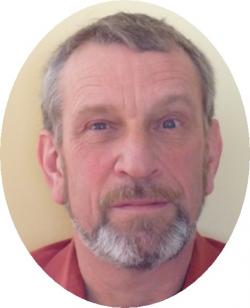 Corey James Ozon – 64, Tatamagouche, passed away  Friday, January 10, 2020, at Cedarstone Enhanced Care, Truro, with his family at his side. Born in Dartmouth, he was the son of the late James Melvin and Daisy Jean (Herron) Ozon.

Corey worked as a service technician with Pepsi Bottling Group in Burnside for 36 years and retired in 2010. He loved antique cars and cars in general, a cold Keith’s beer (or two!), hunting and fishing.

A private celebration of Corey’s life will be held at a later date. If so desired, donations in Corey’s memory to Alzheimer Society of Nova Scotia or Maritime Brain Tissue Bank are welcomed.

Arrangements have been entrusted to Mattatall – Varner Funeral Home, 55 Young Street, Truro. Private messages of condolence may be sent to the family by viewing Corey’s obituary on-line and selecting "Send A Condolence" at: www.mattatallvarnerfh.com