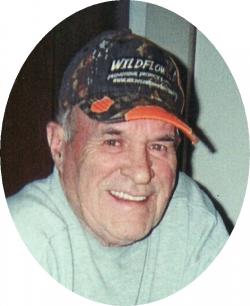 Patton, Ronald Stewart, "Ron", 73, Valley, Col. Co., passed away peacefully surrounded by his family on Saturday, January 11, 2020, in the Colchester East Hants Health Centre, Truro. Born in Truro, he was the son of the late Stewart and Christine (Cameron) Patton. Ron enjoyed spending time with his dog Lily Mae. He enjoyed hunting with his son, watching nascar races, boxing and tinkering in his garage.

He was predeceased by his daughter Carolyn Heather in infancy.

Arrangements are under the direction of the Mattatall~Varner Funeral Home, 55 Young Street, Truro. There will be no visitation or funeral service by family request. Donations in memory may be made to the Colchester SPCA or to the Heart and Stroke Foundation of Nova Scotia .  Private messages of condolence may be sent to the family by viewing Ron’s obituary online and selecting "Send a Condolence" at www.mattatallvarnerfh.com