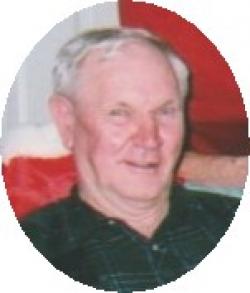 Priest, Donald Stuart, 79, Economy, passed away quietly on Monday, February, 10, 2020 at Cedarstone Enhanced Care, Truro. Born in Economy, he was the son of the late Robert and Evelena (Newton) Priest. Donald "Dad", "Grampy", will forever be in our hearts and will be missed deeply. Donald was a 30 year veteran Volunteer of the Economy Fire Brigade. He most enjoyed time with his beloved horses owned by dear friends, Lionel and Gordon Lewis. He also loved his yearly horse-drawn wagon train ride to the camp in the fall, and enjoying the food as well. One of Donald’s favorite pastimes was to split and cut wood with good friends Andrew and Leonard McBurnie.

Besides his parents, he was predeceased by his sister, Vivian; brother in-law, Percy Bethune; mothers life partner, James Welton.

Visitation will take place on Friday, Feb. 14th from 1:00 pm followed by funeral service at 2:00 pm. in the Mattatall~Varner Funeral Home, 55 Young Street, Truro. Reverend Florence Antle-Brison will officiate with burial to take place at a later date in the Economy Cemetery, Economy. Donations in memory may be made to the Economy Fire Brigade or to the Economy Cemetery. Private messages of condolence may be sent to the family by viewing Donald’s obituary online and selecting "Send a Condolence" at www.mattatallvarnerfh.com