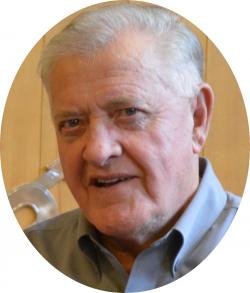 Earl Stewart Isenor – 79, Truro, passed away peacefully on Monday morning, June 29, 2020, at Cedarstone Enhanced Care, Truro. Born in Stewiacke, he was a son of the late Stewart and Ora Mae (Isenor) Isenor.

Earl was a member of McCulloch United Church, Harmony. He worked at various garages including Willigar’s as an auto mechanic and then at Farmer’s Cheese Plant (Maintenance/Mechanic) until retirement. He and his wife, Shirley, enjoyed camping and were members of Hub Campers for 30 years and camped at Harbour Lights Campground for about five years. He enjoyed horse racing, and raising and training race horses with his brother, Bud.

Arrangements have been entrusted to Mattatall – Varner Funeral Home, 55 Young Street, Truro, where the private funeral service will be held Sunday, July 5, 2020. Webcasting of the funeral service will be open to all and may be viewed from this site at 2:55 p.m., Sunday, July 5, 2020; this link will remain active for some time after the funeral. To access the webcast, click on "Video of Funeral" link to the left of this obituary. Interment in Bible Hill Cemetery, Warren Drive, Bible Hill. If so desired, donations in Earl’s memory to McCulloch United Church are welcomed. Private messages of condolence may be sent to the family by viewing Earl’s obituary on-line and selecting "Send A Condolence" at: www.mattatallvarnerfh.com