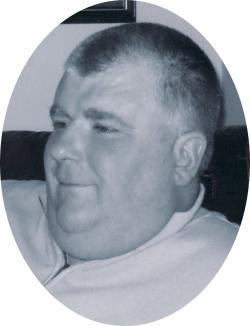 Croft, Kevin James, Truro. It is with great sadness we share the news of Kevin’s passing on December 2, 2017 at home.  Kevin would have turned 47 on Dec. 5th. To his friends and family, Kevin was known as a loving son, a dedicated volunteer, a hard worker and a generous, giving person. Kevin loved the outdoors especially his weekend outings with friends on his side by side or four-wheeler.  As a member of the North Shore ATV Club he spent countless hours riding the trails around Nova Scotia. When not on the trails, he could usually be found watching NASCAR or tackling another project with Jim at the farm or in the backyard. Kevin began his career at HMCS dockyard in Halifax where he trained as an Industrial Mechanic.  After the dockyard, Kevin worked in both Sudbury and Yellowknife before coming home to continue working in his trade.   Kevin spent the last 18 years as a dedicated employee of LaFarge in Brookfield.  He was an active volunteer with the Bible Hill Kinsmen for over 18 years working on countless projects and giving back to his community.  There were few Kinsman projects over the years that Kevin was not involved with.  Through Kinsmen, Kevin made friends all over the Maritimes.

Kevin is survived by his two step children who he admired and adored, Kali and Jacob Crosby, his parents James and Carolyn Croft of Bible Hill, his sister Karen Anne (Pierrynowski) of Bedford, her husband Darryl and three nephews, Ben, Sam and Noah.  He is also survived by uncles and aunts, Francis and Anne Croft (Martin’s River) and Lloyd and Mary Tattrie (New Glasgow).  Kevin will also be missed by his four-legged companion, Winnie who was constantly by his side.

Arrangements are under the direction of Mattatall~Varner Funeral Home, 55 Young Street, Truro, from where visitation will take place on Wednesday Dec. 6th  from 6-8 pm and where funeral service will take place on Thursday, Dec. 7th  at 1 pm. The Reverend Lori Ramsey will officiate with a reception to follow at the family residence. In lieu of flowers, donations in memory may be made to the Colchester Branch SPCA, Heart and Stroke Foundation of Nova Scotia or to Diabetes Canada. Private messages of condolence may be sent to the family by viewing Kevin’s obituary on-line and selecting "Send A Condolence" at: www.mattatallvarnerfh.com