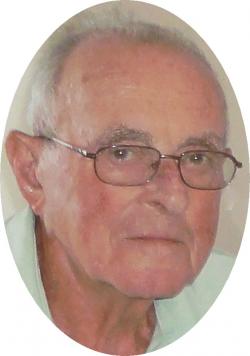 Ronald Woodman "Ron" Harris – 92, Bible Hill, passed away peacefully, with family at his side, on Monday, March 16, 2020, at Colchester East Hants Health Centre, Truro. Born in Falmouth, he was a son of the late Joseph and Viola (Conrad) Harris.

Ron started his career with Spencer Brothers and Turner from 1963-1973 and in 1974 he opened Harris Home Hardware Building Centre in Bible Hill where he remained actively involved until 2010. He was heavily involved in the Building Supply Industry and in 1971 he served as President of Atlantic Building Supplies Dealers Association and was also a life-time member. He owned horses and was an avid harness racing fan, Past President of Truro Horsemen’s Association and was involved with Truro Commercial Travellers.

Arrangements have been entrusted to Mattatall – Varner Funeral Home, 55 Young Street, Truro, where a private family service will be held on Saturday, August 15, 2020, Reverend Valerie Kingsbury officiating. Webcasting of the funeral service will be open to all and may be viewed from this site at 1:55 p.m., Saturday, August 15, 2020; this link will remain active for some time after the funeral. To access the webcast, click on "Video of Funeral" link to the left of this obituary. Private interment in Bible Hill Cemetery. If so desired, donations in Ron’s memory to Diabetes Canada are welcomed. Private messages of condolence may be sent to the family by viewing Ron’s obituary on-line and selecting "Send A Condolence" at: www.mattatallvarnerfh.com