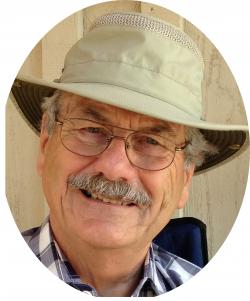 He attended school at Cape Tormentine and at Port Elgin and graduated with a Bachelor of Arts degree from Mount Allison University. He studied theology at Pine Hill Divinity Hall; he graduated in 1961 and was ordained by Maritime Conference of the United Church of Canada in the same year. Following ordination, Carman served the church faithfully and well in the following pastoral charges: Nashwaak in Fredericton Presbytery, Red Bank and New Brandon in Miramichi Presbytery, and River John – West Branch in Pictou Presbytery. In all of them he was a dedicated Minister of Word, Sacraments and Pastoral Care. He served on many Presbytery committees and was an active member of several Conference committees. He served as Chair of Miramichi and Pictou Presbytries and was a member of the Conference Executive and a Commissioner to the General Council.

Carman was a past president of United Alumni Association of Pine Hill Divinity Hall, a longtime member of its Executive, and in 2004 was elected Alumnus of the year. He chaired Pine Hill Sites Marking Committee. Carman retired in 1996 and he and Alice took up residence in Truro. He was active in pursuing his hobbies of gardening and fishing. He has supplied pastoral charges in Truro and Pictou Presbyteries and in the Bermuda Synod. An active participant each year in the United Church Camp Meeting Association, Carman served as Superintendent of Worship. In Truro Presbytery he was chair of Records and Archives, a member of Pastoral Relations and Pastoral Oversight Committee, a member of Theology and Worship Committee, and a member of Property and Finance Committee.

Owing to Covid-19, a small group of immediate family will gather at First United Church, 711 Prince Street, Truro, at 2 p.m., Wednesday, June 3, 2020 for a funeral service that will also be broadcast simultaneously on the internet. (Link may be found in the left column on Carman’s obituary page.) If so desired, donations in Carman's memory to First United Church are welcomed.

Arrangements have been entrusted to Mattatall – Varner Funeral Home, 55 Young Street, Truro. Private messages of condolence may be sent to the family by viewing Carman’s obituary on-line and selecting "Send A Condolence" at: www.mattatallvarnerfh.com