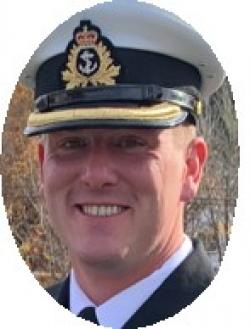 Matthew was the light force of so many. His contagious smile could light up any room, and you cannot forget that laugh!

He lived his dream of joining the Royal Canadian Navy late in life where he was a proud Naval Warfare Officer, Bridge Watch Keeper, "Bull Sub" and assistant navigator. His sights were set on challenging the fleet Navigation Officer course in January 2021

Arrangements have been entrusted to Mattatall - Varner Funeral Home, 55 Young Street, Truro. Private messages of condolence may be sent to the family by viewing Matthew's obituary on-line and selecting "Send A Condolence" at: www.mattatallvarnerfh.com

"Fair winds and following seas, we have the watch."