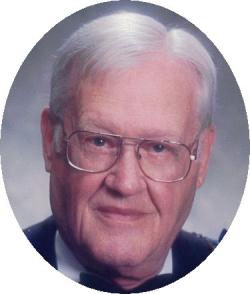 David grew up in Old Barns and attended local schools and later attended Rothesay Collegiate School. In 1949, he joined Bank of Montreal in Truro and over the next 40 years was proud to have served in six Canadian provinces, including its three major cities of Vancouver, Montreal and Toronto as well as twice in London, England.

The last of his generation, he was predeceased by his parents; elder brother, Laurence W. "Larry" (1961); younger sister, Barbara (2007).

Private interment will be held in Old Barns Cemetery. In lieu of flowers, donations in David’s memory to Old Barns United Church, Canadian Cancer Society or charity of your choice are welcomed.

Arrangements have been entrusted to Mattatall – Varner Funeral Home, 55 Young Street, Truro. Private messages of condolence may be sent to the family by viewing David’s obituary on-line and selecting "Send A Condolence" at: www.mattatallvarnerfh.com