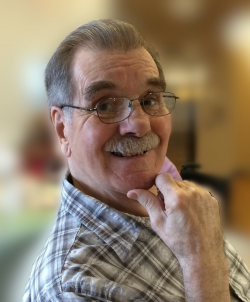 Dad moved with his family to New Brunswick in 1939, and spent his youth in Shediac and the Saint John area. He joined the Canadian Armed Forces in 1956, and was eventually based in London, Ontario. It was in London that Dad met his future wife, Juanita Hughes (1938-2003); Mom and Dad were married on the 5th of December, 1959, in London.

Numerous moves followed over the years (St. Catharines, Truro and Antigonish), with Mom and Dad’s last move being in 1984 to Truro. Dad was always a hard-working man and continued to work until 2010. Besides Dad’s time of service with Canadian Armed Forces, he was a proud employee of R.K. MacDonald Nursing Home in Antigonish, Nova Scotia Teachers’ College, Truro, Rowan Companies, Inc. and finally with Nova Scotia Commissionaires. Dad was an affable and patient man who was always willing to help out when needed; he was a great chef, and made superb homemade pizza, shepherd’s pie and meat lasagna.

Arrangements have been entrusted to Mattatall – Varner Funeral Home, 55 Young Street, Truro. Private messages of condolence may be sent to the family by viewing Alfred’s obituary on-line and selecting "Send A Condolence" at: www.mattatallvarnerfh.com

Rest easy Dad, you are with Mom now.