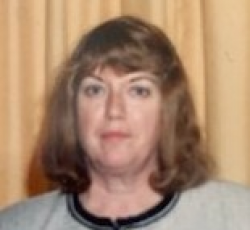 Ryan, Margaret "Elaine" -  Elaine, who loved to be called "Nanny" by her grandchildren, "Mom" by her children and "Maha" by ‘the Chosen One’ departed her loving family on Tuesday, September 14, 2021 at Cederstone Enhanced Care, Truro.

Elaine was born in Chatham, New Brunswick on September 6, 1940, to the late Marjorie (Ryan) and Donald Fraser.  She was the oldest of four children.  Her brother Ryan died from leukemia as a child and the twin of her sister died at birth.  Elaine is survived by her sister, Janet and brother-in-law, Leo Sullivan.

With a fondness for travel and adventure, alongside the determination and strength required of a mother, she raised her children with love and devotion in Chatham, New Brunswick; Guelph, Ontario; and Truro, Nova Scotia.  As a Registered Nursing Assistant, Elaine was dedicated to supporting those who struggled with addictions and mental health.  Her strength of will and desire to provide a full life for her children is exemplified when she decided to leave her familiar life and supports in Chatham, New Brunswick to move to Ontario.  While raising children she returned to full time study, leading to an outstanding career at the Homewood Sanitarium.  Her belief in education and encouragement to her children to ‘choose a career that you love’, and ‘one that helps people as its own reward’ helped shaped them as they went on to careers working with nursing, social work, coaching, pharmacy and leadership.

As her parents grew older, she returned to Chatham to spend time with them, and continue to raise her children.  It was then Elaine decided to become a Foster Parent.  She purposefully chose those children whom she believed needed a home and the stability of a family life.  She often said, "no matter what I did in my life, my greatest accomplishment was raising my children".  Over 50 children felt the benefit of Elaine’s care and expertise and she was recognized for her 25 years of service to the Foster Parent Association.  Never one to sit for long, Elaine enjoyed her walks, and time at the beach at what was affectionately known as ‘The Cottage’.  She could be seen proudly watching any one of her children, grandchildren, or foster children as they engaged in sports or dance.  She loved music especially singing along to favorite artists and her children remember the many opportunities they had to sing on car rides, and family gatherings.  Elaine loved to cook and was never one to ask for help in the kitchen.  Children and grandchildren remember the family feasts on holidays and the very few leftovers as second and third helpings were the norm.

Elaine was a single parent for much of her life, at a time when that was not the norm for many women.  Never one to take compliments easily she brushed off her strength in meeting many challenges saying, "You do what you have to do to survive".  The love her children and grandchildren hold in their hearts today illuminates all her accomplishments.

Arrangements have been entrusted to Mattatall – Varner Funeral Home, 55 Young Street, Truro.  In lieu of flowers, donations to Colchester East Hants Health Centre Foundation in memory of Elaine are welcomed. Private messages of condolence may be sent to the family by viewing Elaine’s obituary on-line and selecting "Send A Condolence" at: www.mattatallvarnerfh.com