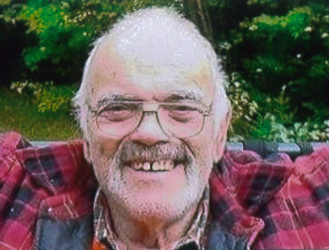 Fraser Wallace Smith – 94, Middleton, passed away suddenly on Wednesday, September 22, 2021, at Valley Regional Hospital, Kentville. Born in Brookside, Colchester County, he was a son of the late Harry and Minnie (McCabe) Smith and step-son of the late Cecil St. Clair Archibald.

Fraser worked as a Civil Servant with the Federal Government as a Chief Stationary Engineer at DND, CFS Barrington, Baccaro, Nova Scotia. An avid outdoorsman, he remained active until age 91, hunting, fishing, four wheeling and keeping horses. He followed hockey and cheered on his favourite team, The Pittsburgh Penquins, and everyone in the house knew when they scored a goal! He enjoyed going for drives on the backroads and telling stories of the past to whoever was with him. He and his best friend Bobo travelled the roads, checking out the sights and sipping on their coffees, always a double-double for Bobo!

Private family interment in Bible Hill Cemetery, 41 Warren Drive, Bible Hill. If so desired, donations in Fraser’s memory to a charity of choice are welcomed.

Arrangements have been entrusted to Mattatall – Varner Funeral Home, 55 Young Street, Truro. Private messages of condolence may be sent to the family by viewing Fraser’s obituary on-line and selecting "Send A Condolence" at: www.mattatallvarnerfh.com