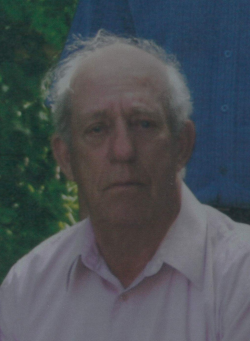 Vaughan, Harris Basil "Harry", CD (Sgt. Retired) – 93, of Bible Hill passed away peacefully on Thursday, October 28, 2021 at the Colchester East Hants Health Centre.  Born in Gaspereau, he was the oldest son of the late Basil and Edith (Weaver) Vaughan and the last surviving member of his immediate family.

Harry is survived by his wife of 61 years, Dora (Dobson); sons, Kenneth, Victoria, BC; Kevin (Anne), Halifax; Keith, at home; grandchildren, Amielyn and Stevie Ray; sisters-in-law, Diane, Hamilton, ON  and Shirley, Hagersville, ON; several nieces and nephews in Nova Scotia and Ontario.

Harry was predeceased by his only sister, Irene (Francis "Rocky"), Kentville; brothers, Jack, Hamilton, ON; Donald (Toodie), Stanley and Gerald all of Hagersville, ON.

During his career, Harry served as a Radio Operator in the Royal Canadian Signals Corps stationed in Winnipeg, Kingston, Petawawa, Gagetown, Halifax, St. John’s, and Debert. He also served as a United Nations Peacekeeper in Germany, Korea, Egypt (twice) and the Congo. Harry loved to travel, build and fly model airplanes, read, watch the news and documentaries on TV, fish for trout and spend much of each day on his HAM Radios (VE1HBV).

Our heartfelt thanks go out to his special caregiver for almost two years, Valerie Nelson, Doctors Graham and Idoko and to the staff on 3-D Medical, including Dr. R. Lavers for making his last week one of comfort and ease.

Arrangements have been entrusted to Mattatall-Varner Funeral Home, 55 Young Street, Truro. Interment will take place 2 pm Saturday, November 27, 2021 at Bible Hill Cemetery. Following the interment,  the family would be happy to meet those in attendance at Parichat’s Asia Thai Restaurant, 131 Esplanade Street for refreshments. COVID-19 protocols will be in place. Private messages of condolence may be sent to the family by viewing Harry’s obituary on-line and selecting "Send A Condolence" at" www.mattatallvarnerfh.com