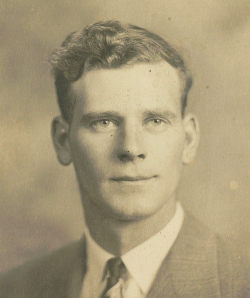 Born and raised in Truro, as a child Doug spent time trapping, fishing and playing hockey on the Truro marsh. Later, his family moved to Debert where Doug was a dairy farmer for 25 years. He liked to share stories about the early days on the farm, farming with horses and milking cows by hand, and how it evolved with more modern equipment. He retired from farming and went to work with Kent Homes in Debert for several years. After that, he went on to work for Department of Transportation for 16 years before retiring.

Early on, he spent many hours at the skating rink where he met the love of his life, Joan. They skated together for many of the 50 years they were married. Doug taught figure skating and 4H. He was an active member of Debert United Church where he and Joan taught Sunday school. He had interest in CB radios, wildlife, nature, history, theatre and Shakespeare.

Doug was a great storyteller and could capture your attention with amazing spirit. One of his favourite stories was how he memorized a Shakespeare quote to try and woo his wife to be, Joan.

"Out, out brief candle. Life’s but a walking shadow, a poor player. That streets and frets his hour upon the stage. And then is heard no more."

Doug loved spending time with his family and extended family; family gatherings and eating out were his favourite things. He was always up for a good meal and being with friends and family. You rarely walked away from time spent with him without learning something new or hearing an interesting story. He will be greatly missed by his friends and family.

Arrangements have been entrusted to Mattatall – Varner Funeral Home, 55 Young Street, Truro, where the funeral service will be held 10:30 a.m., Saturday, November 20, 2021, Reverend Valerie Kingsbury officiating. Private interment in Middle Road Cemetery, Debert. (Please note that proof of double vaccination and photo identification will be requested prior to entry to the funeral home for the funeral service, and masks must be worn at all times; thank you for your co-operation and understanding.) Family flowers only. If so desired, donations in Doug’s memory to Colchester SPCA or Alzheimer Society of Nova Scotia are welcomed. Webcasting of the funeral service will be available at 10:25 a.m., Saturday, November 20, 2021, and will remain on this website for some time. Private messages of condolence may be sent to the family by viewing Doug’s obituary on-line and selecting "Send A Condolence" at: www.mattatallvarnerfh.com