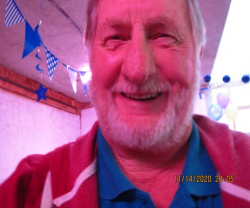 Dan was a truck driver for the majority of his adult life, having also worked the past twenty years for Department of Transportation as a snow plow operator during the winter months. He loved to roam the mountains and trails on his ATV and to take trips on his Spyder motorcycle with his wife.

Along with his parents, he was predeceased by an infant daughter, Tina; parents-in-law, Fred and Helen McMaster; brother-in-law, Jack Mackey.

Arrangements for cremation have been entrusted to Mattatall – Varner Funeral Home, 55 Young Street, Truro. Honouring his wishes, a celebration of life will be held at a later date. Private messages of condolence may be sent to the family by viewing Dan’s obituary on-line and selecting "Send A Condolence" at: www.mattatallvarnerfh.com