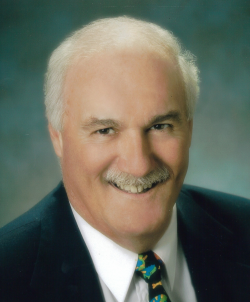 John Scott MacGregor – 80, Truro. The family of Scott MacGregor is saddened and shocked to announce his sudden passing on Wednesday, November 17, 2021, at Colchester East Hants Health Centre, Truro. Born in North Sydney, he was a son of the late John MacGregor and Maude (Scott) (MacGregor) Peddle.

Scott was a man of many stories which led to his nickname, "Shortstory". His career path was varied and included RCMP, manager at Scotiabank (West End Truro location) and finally with Canada Revenue Agency. After his retirement, he joined his wife, Sandi Lockhart, and worked as a real estate agent for four years before officially retiring. Scott was a member of Truro Club, Airforce Club, Royal Canadian Legion, Branch 26, Truro and Truro Gyro Club, all of which he enjoyed immensely.

Along with his parents, he was predeceased by his brother, David MacGregor; former wife, Barbara MacGregor.

Arrangements have been entrusted to Mattatall – Varner Funeral Home, 55 Young Street, Truro. A celebration of his life will be held at a later date. If so desired, donations in Scott’s memory to Royal LePage Shelter Foundation are welcomed. (All funds are used locally at Third Place Transition House in conjunction with Colchester SPCA to provide a shelter for pets of women and children who are staying at Third Place Transition House.) Private messages of condolence may be sent to the family by viewing Scott’s obituary on-line and selecting "Send A Condolence" at: www.mattatallvarnerfh.com