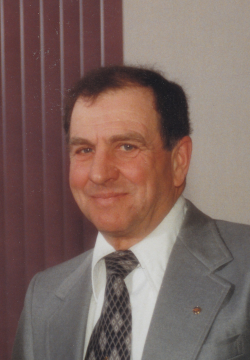 John Kenneth "Kenny" Retson – 81, Brookfield. It is with great sadness that we announce the passing of Kenny on Saturday, December 4, 2021 at the Colchester East Hants Health Centre, surrounded by his family. Born in Truro, he was a son of the late Jack and Irene (Kenney) Retson.

Kenny attended Brookfield Rural High School and continued his education at the Maritime Forest Ranger School to become a Forest Technician. His career started in Northern Ontario and he later moved back to Nova Scotia where he worked for Riversdale Lumber – Sproule Lumber – J.D.I. Woodlands for over 40 years. He was a mentor to many young foresters. Kenny was an adherent of Knox United Church where he led Cubs for a few years, was a member of the Board of Stewards and Property Committee for many years. He was well known for his pancake making.

Kenny’s greatest passion was singing, being a member of Knox United Church Senior Choir and the John Fisher Male Chorus for over 60 years. Kenny also had a passion for curling and was the first president of the Brookfield Curling Club. He was Monday Night Commissioner for many years and won many trophies locally and provincially. One of Kenny’s great loves was gardening and he had one of the best gardens in Brookfield. He liked bowling, snowmobiling, going on fishing trips, walking the wetlands, going to the gym, making maple syrup, going to hockey games and ball games. He enjoyed watching the Blue Jays and surprised Tessa on her 25 birthday by taking her to a game in Toronto. He coached minor ball, was a member of the Brookfield Athletic Association and Big Game Hunt Committee for many years. Kenny loved spending time at the cottage in Bass River from age 1 to 81. He enjoyed walks to Red Rock and fishing bass from the shoreline. He was thrilled when Addison caught her first fish.

The family wishes to thank all the doctors and nurses, VON staff, and family and friends who helped Kenny get through this past year of ill health.

Arrangements have been entrusted to Mattatall - Varner Funeral Home, 55 Young Street, Truro. Private messages of condolence may be sent to the family by viewing Kenny’s obituary online and selecting "Send A Condolence" at www.mattatallvarnerfh.com