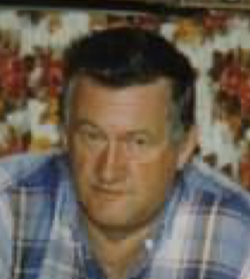 Leonard Donald Buchanan – 90, North River, Colchester County, passed away peacefully on Tuesday, December 14, 2021 at Colchester East Hants Health Centre, Truro. Born in 1931 in Hilden, he was the son of the late Noble and Lenora (Wharton) Buchanan.

Leonard joined the military from 1951-1954 and he served with the Queen’s Own Rifles, 27th Brigade. He spent time in Western Europe, with his main tour served in Germany and Austria. He spent many years as plant superintendent at Maritime Processing Ltd. from 1958-1980, and after leaving was employed by DND as chief engineer from 1981-1993. After his retirement, he spent many eventful hours on the road with his eldest son, Dennis, doing long haul runs all across North America.

Leonard’s family would like to thank VON and the doctors and nurses at Colchester East Hants Health Centre on floors E2 and E3 that took such great care of him during his illness.

Honouring Leonard’s wishes, there will be no funeral service. Interment will be held at a later date in Bible Hill Cemetery, 41 Warren Drive, Bible Hill. If desired, donations in Leonard’s memory to VON Colchester-East Hants are welcomed.

Arrangements have been entrusted to Mattatall – Varner Funeral Home, 55 Young Street, Truro. Private messages of condolence may be sent to the family by viewing Leonard’s obituary on-line and selecting "Send A Condolence" at: www.mattatallvarnerfh.com