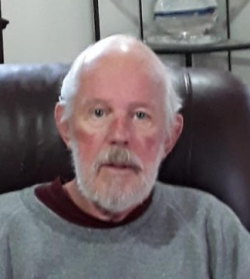 Rob worked for Northland School Division in Gift Lake, Alberta for 28 years as a teacher/administrator. He played drums in several bands from his teens into his forties. He was an avid curler and long-time member of Parrsboro Golf Club. He will be missed by friends and family.

He is survived by his mother, Barbara Hood; loving wife, Paulette Rooney; brothers, Brian (Linda), Andrew (Doug Hiltz); sister, Elizabeth (Mark Pulsifer); five nieces and nephews; nine great nieces and nephews. Along with his father, he was predeceased by his stepfather, Jim Hood.

Honouring Rob’s wishes, there will be no visitation or funeral service.

Arrangements have been entrusted to Mattatall – Varner Funeral Home, 55 Young Street, Truro. Private messages of condolence may be sent to the family by viewing Rob’s obituary on-line and selecting "Send A Condolence" at: www.mattatallvarnerfh.com