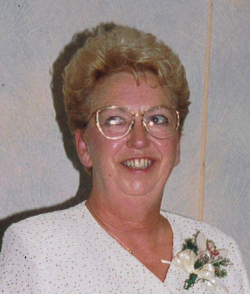 Gerry held a few jobs throughout her life. The first was a nurse’s aide which she enjoyed but decided to change careers and became a school bus driver in 1976 and stayed until her retirement.  She was a member of the Lady’s Auxiliary Branch 26 Royal Canadian Legion where she met and had many friends. Gerry loved camping, card games and spending time with Family and friends.

Arrangements have been entrusted to Mattatall – Varner Funeral Home, 55 Young Street, Truro where a celebration of life visitation and interment at North River United Church Cemetery will be held at a later date. Donations in memory of Gerry can be made to the SPCA or a charity of choice. Private messages of condolence may be sent to the family by viewing Gerry’s obituary on-line and selecting "Send A Condolence" at: www.mattatallvarnerfh.com