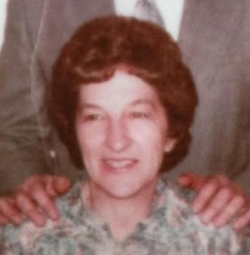 In earlier years, Vie worked at Stanfield’s and later on worked at Warren Maritimes at the truck weigh station. She and Willie loved to dance, especially the polka, and they attended dances anywhere they could! She was the last surviving member of her immediate family.

Along with her parents, she was predeceased by her first husband, John N. Connolly; son-in-law, Brian Watson; three sisters; three brothers.

Private graveside service at a later date in Belmont Cemetery. If so desired, donations in Vie’s memory to a charity of choice are welcomed.

Arrangements have been entrusted to Mattatall- Varner Funeral Home, 55 Young Street, Truro. Private messages of condolence may be sent to the family by viewing Vie’s obituary on-line and selecting "Send A Condolence" at: www.mattatallvarnerfh.com