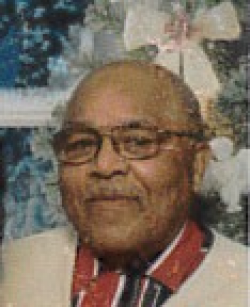 Edward John "Eddie" Dixon – 91, Bible Hill, passed away unexpectedly, as a result of natural causes, on Monday, December 20, 2021, at home. Born in Montreal, Quebec, he was a son of the late Jack and Mae (Jackson) Dixon.

Eddie served as a Reservist with Canadian Armed Forces in CFB Gagetown (Truck Dispatch) and Halifax Armories from 1951 – 1953. He worked at various jobs throughout the years, including Goodyear Tire (Installer), Halifax Grammar School (Custodian), Mars Transfer (Truck Driver) and finally at Northwood Terrace (Custodian) from where he retired in 1995. He enjoyed playing the piano and was part of a dance band in earlier years. He enjoyed watching baseball and cheering on Toronto Blue Jays and also watching live horseracing at Bible Hill Raceway and Sackville Downs, as well as watching it on television.

Along with his parents, he was predeceased by his first wife, Norma (Mantley); brothers, Patrick, William; sister, Beulah.

Due to current Covid-19 restrictions, a funeral service will be held at a later date at Mattatall – Varner Funeral Home, 55 Young Street, Truro. If so desired, donations in Eddie’s memory to Alzheimer Society of Nova Scotia are welcomed. Private messages of condolence may be sent to the family by viewing Eddie’s obituary on-line and selecting "Send A Condolence" at: www.mattatallvarnerfh.com