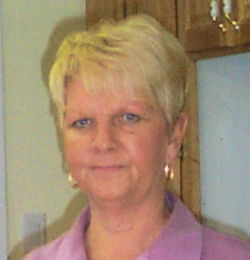 When Carol was young, the highlight of her and her siblings' summer holidays was riding the train to Cape Tormentine, New Brunswick to visit their grandparents. There, they ran free, riding the PEI Ferry daily to the island and back. The siblings also got into a few scraps during those summers, however, their greatest achievement was talking their grandfather into having a dance in his barn; they posted signs around the Cape, "Come one, come all, to Harvey McGlashing’s Dance Hall."

As a teenager, Carol worked at Cavanagh’s in Bible Hill. Later, she worked at Department of Lands and Forest, the Prothonotary’s Office and she finished her career at Probate Court. In 1968, she married the love of her life, Jack and they started their family, having two cherished children, Jeff and Tracey.

Jack and Carol spent many years traveling the Maritimes going to horse races with their friend, Lee Blaikie. She spent many weekends playing cards with Jack and brother-in-law, Mike and Rosealee Babineau. Carol loved to travel and went on many trips to the US, the Caribbean and Europe. Upon retirement, she spent many years as a member of the Truro Golf Club. She played many rounds with her foursome: sister, Daphna Reid; sister-in-law, Rosealee Babineau, and friend, Julie Chalmers.

Carol had a very close relationship with her granddaughters, Nicole and Danielle Babineau. Later in life she was fortunate to have a special bond with new granddaughter, Grace Babineau and great grandson, Dawson Babineau.

Special thanks are extended to the nurses and doctors on 2 East and the day and night staff in Intensive Care Unit at Colchester East Hants Health Centre for their exceptional care and support.

In lieu of flowers, donations in Carol’s memory to Colchester Food Bank or STEPs on Arthur (formerly Colchester Community Workshop) are welcomed.

Private interment will be held in Crossroads Cemetery, 110 Salmon River Road, Valley and a private celebration of life will be announced at a later time.

Arrangements have been entrusted to Mattatall – Varner Funeral Home, 55 Young Street, Truro. Private messages of condolence may be sent to the family by viewing Carol’s obituary on-line and selecting "Send A Condolence" at: www.mattatallvarnerfh.com