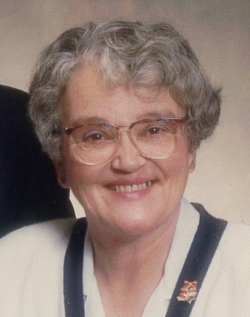 Rhoda Mary Hogan - 84, Bible Hill (formerly of Stellarton), passed away peacefully on Monday, March 21, 2022, at Wynn Park Villa, Truro. Born and raised in Charlottetown, PEI, she was a daughter of the late Augustus "Gus" and Angelina "Lina" Longaphie.

She was predeceased by her parents, sisters Sally and Ann, and husband of 40 years, Elmer Hogan. She is survived by her children: Bernie (Jean), Truro; Carlyle, Red Deer, AB; Jackie D’Costa, Red Deer, AB; Byron, Ft McMurray, AB; and John (Erika), Fall River; as well as seven grandchildren: Christopher, Nicholas and Michael D’Costa – all of Red Deer, and Jackson, Charles, Adrian and Blake Hogan – all of Fall River.  She is also survived by her brother Augustus "Gus" Jr. of PEI, as well as several nieces and nephews.

Rhoda was educated at St. Joseph’s Convent and Notre Dame Academy, and graduated with a Bachelor of Arts in Education, First-Class Honors, from St. Dunstan’s University (now UPEI) in 1960. She was proud to be one of only four women who graduated that year. She taught at Cove Head School on PEI for two years after graduation, and later in Stellarton, Fredericton, and Bible Hill.

She loved many things in her life and was especially devoted to her family. She met Elmer while at St. Dunstan’s, and they were married in 1960. Together they raised their five children while moving for work to various locations around the Maritimes: Parkdale, PEI; Truro, NS, Stellarton, NS; Fredericton, NB, and then finally Bible Hill, NS. She became very close with Elmer’s six sisters and two brothers (Winnie, Carol, Eleanor, Sharon, Hazel, Jackie, John and Wendell), and was grateful to be accepted into their tight-knit and affectionate clan. Whether it was family weddings, summer vacations on the Island, or Christmas gatherings at various locations throughout the Maritimes, she thoroughly enjoyed all the love (and chaos!) associated with the Hogan family events.

Rhoda was a devout Catholic and spent her life serving God and others through her activities in the Catholic Church including being active in the CWL. She was a long-time member of Our Lady of Lourdes Parish in Stellarton, and sang in both the Church Choir and the Folk Choir. She relished her role as the Religious Education Coordinator for the Parish for several years in the mid 1980’s. She was also a long-time member of Immaculate Conception Church in Truro, and especially enjoyed serving as a Lector (reading scripture) and attending the Women’s Bible Studies Programs.

She also strongly believed in political and social activism. Rhoda was passionate about advocating within the Pro-Life Movement. In her later years, Rhoda volunteered with various organizations in Truro – including Seniors For Seniors and KAIROS. For many years, she was politically active as a Board Member for the provincial NDP in the riding of Bible Hill. And she took great pleasure in debating federal politics with her brother-in-law Rob Robichaud. She was also committed to life-long learning – attending classes at the Seniors College of NS (SCANS) in Truro up until her health deteriorated a few years before her death.  She was always physically active, and could often be found walking along College Road in Bible Hill.

Rhoda will be fondly remembered as a great cook and an amazing baker (and always had homemade bread and sweets ready for anyone who dropped by). Many of her children’s friends loved her baking and how she so readily shared with others. She also was a life-long gardener – growing fresh vegetables for family dinners, and fresh, colourful flowers that brought joy to all those around her. Many acknowledged Rhoda’s knitting skills and how she knitted mittens for her children and grandchildren. She will also be remembered for her excellent seamstress skills, and how she lovingly sewed clothing for her family throughout the years.

The Hogan family would like to thank the amazing staff at Wynn Park Villa in Truro for their loving care. In lieu of flowers, donations may be made to the Alzheimer’s’ Society of NS (https://alzheimer.ca/ns/en).

Arrangements have been entrusted to Mattatall-Varner Funeral Home, 55 Young Street, Truro, where Rhoda's family will receive friends and relatives from 6-8 p.m., Thursday, May 19, 2022.