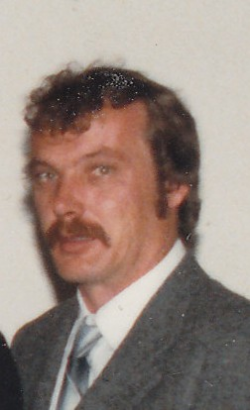 Roode, William "Bill" Newton; 70, of Truro, passed away peacefully on Tuesday, April 5, 2022, at the Colchester East Hants Health Centre Truro. Born in Truro he was a son of the late Graham and Marion (Snook) Roode. Bill was a former employee of Crossley Carpet Truro for 28 years and then drove oil truck for Wilson’s Truro for many years until he took ill in February 2020. He was well known by many in whatever he did, especially going to the Antique Car Shows which he had a passion for and loved showing his 2010 Camero SS. Bill is survived by sons, Andrew, Central North River, Scott, Yarmouth; daughter, Crystal (Holly) Wilson, Vancouver, BC; sisters, Velma Hoare, East Mountain, Mildred (Bill) Wright, Central North River; brothers, Gary (Anne), Moncton, NB, Keith (Barb), North River, Terry (Sheila), Brookside, David, Central North River, Michel, Edmonton, AB; many nieces and nephews. He was predeceased by brothers, Carl and Alan. A graveside service will be held 3 pm Saturday May 14, in the Blackmore Memorial Cemetery, Upper North River. Family flowers only. Donations in Bill’s memory may be made to the Blackmore Memorial Cemetery, Upper North River, or to the Truro VON. Bill’s family would like to express their sincere thanks and appreciation to Dr. Rowe and his staff of the Cancer Unit, Dr. Steve Ellis, the VON and Palliative Care Unit of the Colchester East Hants Health Centre Truro. Arrangements have been entrusted to the Mattatall~Varner Funeral Home, 55 Young Street Truro. Private messages of condolence can be sent to the family by viewing Rudi’s obituary and selecting "Send A Condolence" at: www.mattatallvarnerfh.com