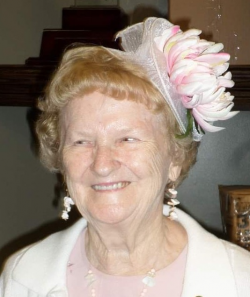 Mary-Jean Isabel (Hulsmans) Terry – 81, Truro. On Tuesday, April 26, 2022, Mary-Jean (Hulsmans) Terry, known as "Jean", passed away peacefully with Wanda by her side, at Colchester East Hants Health Centre, Truro, after having a stroke.

Jean was born in Marmora, Ontario, but spent a great number of years living in Nova Scotia and working as a cook. You could always find her puttering around in the kitchen cooking something.  She also loved to knit and sew quilts for everyone in her family.

Arrangements have been entrusted to Mattatall – Varner Funeral Home, 55 Young Street, Truro, where Jean’s family will receive friends from 9:15 – 9:45 a.m., Monday, May 2, 2022, followed by the funeral service at 10 a.m., Father Dariusz Miskowicz officiating. Interment will follow at West Branch Cemetery, North River. In lieu of flowers, donations in Jean’s memory to Heart and Stroke Foundation are welcomed. Private messages of condolence may be sent to the family by viewing Jean’s obituary on-line and selecting "Send A Condolence" at: www.mattatallvarnerfh.com