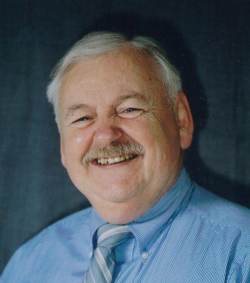 Terrance Charles "Terry" Warner – 78, Lucasville, passed away peacefully, with his loving wife, Joyce at his side, on Saturday evening, May 7, 2022, at VG Site, QEII, Halifax. Born in Halifax, he was a son of the late Charles and Dorothy (Doucet) Warner.

Terry loved his career with Olands Brewery as a provincial sales rep and after retiring from that, he went on to try his hand as a small business owner. He owned and operated the Chicken Coop in Dartmouth, but his family say he gave that up because he ate all of his profits! He then dabbled in painting houses and then managed some bars around HRM, including Sidelines/Homestretch in Lower Sackville and Kokomos in Bayers Lake. When he finally retired, he wanted to keep busy and started working with Commissionaires and thoroughly enjoyed his position at Magazine Hill, keeping us all safe under his watch.

He absolutely loved spending time at the cottage in Linden, Cumberland County, golfing, gardening, photography, old black and white movies and listening to his hero, Roy Orbison. He was known by many for his welcoming smile, infectious laugh and his kindness to all; he never swore or had a bad word to say. Above all, he loved his family and friends, especially his grandchildren, and cherished time spent with them. Terry’s family would also like you to know that if you saw Terry "relaxing" in the yard at the house or the cottage, and you spoke to him but he didn’t speak back, he wasn’t being rude, he was simply sound asleep! He always said that he could fall asleep on a toothpick in the desert!

Special thanks are extended to the amazing staff of 7A, Palliative Care Unit at the Victoria General Hospital.

Arrangements have been entrusted to Mattatall – Varner Funeral Home, 55 Young Street, Truro. Private messages of condolence may be sent to the family by viewing Terry’s obituary on-line and selecting "Send A Condolence" at: www.mattatallvarnerfh.com