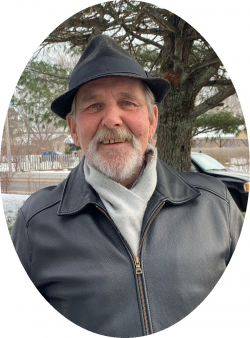 Saunders: Gary Nelson; It is with broken hearts that we announce the passing of Gary Saunders, 64, of Lake Echo, on Thursday May 12, 2022, at the V.G. Site, QE ll Halifax, surrounded by his loving family. Born in Glovertown, Newfoundland, he was a son of the late Olive (Holloway), and Nelson Saunders. Gary was a loving and devoted husband, father, pop, and friend to so many. Gary enjoyed life to the fullest right up to his last days. He had a career from trucking, and later was a bottle, can, and scrap collector. Gary had a special keen eye for anything shiny. Gary loved camping with his wife Karen, family, and friends, and tried helping people whenever he could. He was known at the camp ground as the Mayor and loved telling stories. Gary was a fighter and fought right to the end. He will be profoundly missed by his wife, Karen (McNee) Saunders; sons, Michael (Lee-Ann) Rowsell, Glovertown, Newfoundland, Adam Saunders (Alycia Palmater), Enfield; daughter, Danielle Saunders, Lake Echo, (Tommy Hineman); grandchildren, Joshua, Mikela, Brooke, Charlotte, Piper, Parker, Penny, Josh; sisters, Lorraine (Garrett) Moss, Fall River, Donna (Tony) Feltham, Lawrencetown; brother, Brian Holloway, BC; loving father-in-law, David McNee, Cole Harbour; nieces and nephews, Shawn Cumby, Andrea Camp Carr, Christopher Moss, Chad Feltham. He was predeceased by daughter, Amanda in infancy; sister, Faye. Family flowers only. Donations in Gary’s memory may be made to Heart and Stroke Foundation of Nova Scotia. Arrangements have been entrusted to the Mattatall ~ Varner Funeral Home 55 Young Street Truro. Visitation will be held 2 – 4 pm and 7 – 9 pm on Monday, May 16, 2022, at the Maritime Cremation Centre, (67 Temple Terrace, Lower Sackville, NS B4C 0B5), and from where funeral service will be held 1 pm Tuesday May 17, 2022, Captain Brentt Haas officiating. Web cast of the funeral service will be available later on in the day. Private messages of condolence may be sent to the family by viewing Gary’s obituary on-line and selecting "Send A Condolence" at: www.mattatallvarnerfh.com