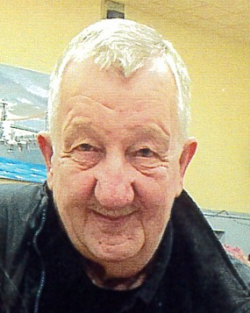 Joseph Robert "Bob" Brenton – 74, Truro, passed away suddenly, due to heart failure, on Saturday, May 28, 2022, at home. Born in Middle Stewiacke, he was a son of the late Keith and Audrey (Carter) Brenton.

Bob was a respected carpenter by trade and member of the Carpenter’s Union. He enjoyed many years as an Associate Member of Royal Canadian Legion, Branch 26, Truro, and received numerous awards and certificates for volunteering. He was active in cribbage, darts and 45s, and alongside his wife, Connie, competed in tournaments across the Maritimes. In his younger years, he played baseball, curled and played and coached hockey.

Arrangements have been entrusted to Mattatall – Varner Funeral Home, 55 Young Street, Truro. Private messages of condolence may be sent to the family by viewing Bob’s obituary on-line and selecting "Send A Condolence" at: www.mattatallvarnerfh.com