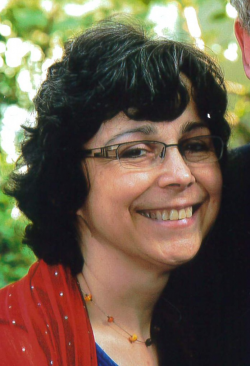 It is with great sadness and much love the family of Della Marie Chisholm announces her sudden passing on Tuesday, May 31, 2022 at the Colchester East Hants Health Centre, at the age of 58 years.

Della was born and grew up in Catalone and was a daughter of the late Kenneth and Rose (Hill) Fudge. She came to Truro and studied Early Childhood Education at the Teachers College. She owned and operated Big Birds Nest Daycare in Truro for many years, still a popular and successful childcare centre. She loved going back to the Catalone area to visit friends and family. Della spent the years since Big Birds Nest Daycare enjoying life with her love and soul mate, Paul.

Arrangements have been entrusted to Mattatall – Varner Funeral Home, 55 Young Street, Truro. If so desired, donations may be made to Diabetes Canada or Kidney Foundation of Nova Scotia. Private messages of condolence may be sent to the family by viewing Della’s obituary on-line and selecting "Send A Condolence" at: www.mattatallvarnerfh.com