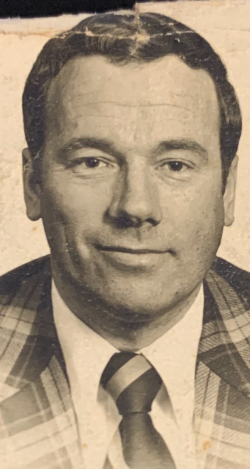 Robert "Bob" Bakker – 81, of Truro passed away Saturday, June 4, 2022 at the Colchester East Hants Health Centre. Born in Vianen, Netherlands, he was a son of the late Richard and Christine (Vanrooyen) Bakker.

After immigrating to Canada in 1960, Bob later owned and operated Bakker Appraisals from 1979-2013. When he wasn’t working, he loved to watch his grandsons play sports, especially hockey and baseball. He also enjoyed golfing and traveling on many trips with his wife, Vera. Bob was a Deacon at John Calvin Christian Reformed Church for many years.

He was predeceased by his sister, Trudy; brother, Richard and grandson, Trent.

The family wishes to extend very special thanks to the doctors and nurses of the Palliative Care Unit, the VON and to Bob’s caregiver, Kim Lowe for all of the care and compassion shown to Bob.

A graveside service will be held 11am on Monday, June 13, 2002 at Robie Street Cemetery, Pastor Dave Vroege officiating. If so desired, donations to Parkinson Society of Nova Scotia or John Calvin Christian Reformed Church are welcomed. Arrangements are entrusted to Mattatall-Varner Funeral Home, 55 Young Street, Truro. Private messages of condolence may be sent to the family by viewing Bob’s obituary on-line and selecting "Send A Condolence" at:www.mattatallvarnerfh.com