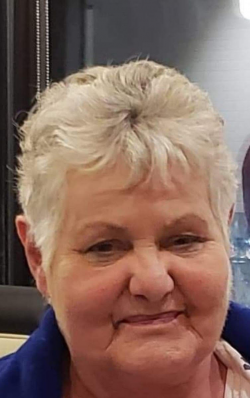 Irma Elizabeth MacDonald – 69, Truro, passed away peacefully, surrounded by her loving family, on Saturday evening, June 11, 2022, at Colchester East Hants Health Centre, Truro. Born in Pugwash, she was a daughter of the late Milton and Shirley (MacQuarrie) MacKay.

Irma and Cam co-owned and operated Northern Hobby Supplies in Truro. She successfully earned her realtor’s license in 1994 and worked with Coldwell Banker and then worked at Kmart in the accounting department. Being her own boss called her again, and she and Cam co-owned and operated Town Grocery on East Prince Street in Truro before operating multiple service stations including Main Street, Bible Hill, Valley Crossroads Irving, Willow Street Irving and currently CMD Auto Centre on Brunswick Street.

Irma was active in her children’s and grandchildren’s lives and volunteered with Brownies, Girl Guides and Scouts as a leader. She enjoyed going to the rink to watch hockey, but we think that was just an excuse to snack on French fries! An avid outdoorswoman, she loved camping, walking on the beach, listening to the ocean and bonfires. Irma had a habit of stogging the bonfire so full because she was cold and then becoming sleepy, leaving the huge fire to be watched over by everyone else while she went to bed! She was a whiz in the kitchen and could make just about anything that you asked her to make. We quite often felt that she was feeding all of Wood Street with her many containers of chicken fried rice, stuffing and chocolate fudge. We will try to make these things just like she did, but aren’t sure they will measure up to her quality.

Special thanks are extended to the staff of Palliative Care Unit at Colchester East Hants Health Centre for their wonderful care.

Arrangements have been entrusted to Mattatall – Varner Funeral Home, 55 Young Street, Truro. Private messages of condolence may be sent to the family by viewing Irma’s obituary on-line and selecting "Send A Condolence" at: www.mattatallvarnerfh.com