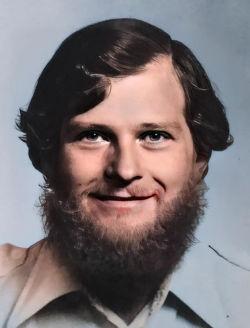 Greg Laska – 71, Maitland. It is with great sorrow that the family of Greg Laska announce his passing in Maitland, Hants County, Nova Scotia in June 2022. Greg was born in August 1950, the third of seven children to Philip and Martha (Palubiski) Laska in the historic polish settlement of Wilno, Ontario. Greg moved as a very young child with his parents to Kellys Corner, and was part of the last graduating class from Cobden & District High School in 1968.

After a brief study at University of Ottawa in Physical Education, Greg started to work first for E.B. Eddy in Hull, Québec, and then as an underground hard rock miner in Sudbury, Ontario, Lynn Lake, Manitoba, and Yellowknife, Northwest Territories. This led him to an exciting career in exploration drilling with Canadian Longyear. He worked in locations as far afield as Haiti, Iran, Alaska, Colorado, the Northwest Territories and Northern Saskatchewan.

In between exploration drilling work, he spent some time as a harness maker and racehorse owner in Barrie, Ontario. He would also help his best friend Dave Taylor deliver multiple freighter canoes loaded with supplies to Moosonee on James Bay via a series of rivers starting at Highway 11. Greg was also a keen outdoorsman and enjoyed activities such as fly fishing and deer hunting, though his luck was often compromised when hunting with his brother, Dominic. Greg was a notorious tinkerer, hobby mechanic, tour guide, conversationalist, and all-around creative problem solver with limitless projects and imagination.

Greg met Sharon Phillips while working in the wilds of Quebec and they wed in Toronto in 1980. They moved to Saskatoon where their son John was born, and then later relocated to Nova Scotia to be closer to Sharon’s family. Here, Greg drilled freshwater wells across the province for a time, and later worked as a driller and blaster for Fundy Gypsum Company, all the while helping in various capacities with Sharon’s fused glass studio and fine art career, and keeping a hobby farm with award-winning Nubian goats.

In his later life, Greg faced many medical conditions and chronic pain with much courage and strength. Even in great pain and suffering, he always had a smile on his face and a joke on his lips. Greg’s determination to live on his own terms never wavered, and we will remember him for it.

Greg’s loved ones will organize a celebration of his life at a later date. Memorial donations may be made in Greg’s memory to your own local food bank.

Arrangements have been entrusted to Mattatall – Varner Funeral Home, 55 Young Street, Truro. Private messages of condolence may be sent to the family by viewing Greg’s obituary on-line and selecting "Send A Condolence" at: www.mattatallvarnerfh.com