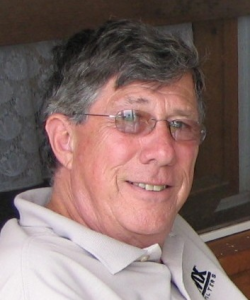 Dr. Calvin Allan "Cal" Cullingworth – 84, Truro. The family of Dr. Calvin Allan Cullingworth are saddened to announce his passing on Thursday, July 28, 2022, at Colchester East Hants Health Centre, Truro. He was born in Toronto, Ontario where he grew up with his parents and younger brother.

Cal graduated from St. Francis Xavier University in 1961 with his degree in geology. He met his wife, Bonnie (Mann), and the two married in 1963. He then returned to his schooling and graduated from Dalhousie University with his degree in dentistry in 1969. Cal and Bonnie went on to have four children. He raised his family and spent the majority of his career as a dentist in Owen Sound, Ontario. He then moved to the South Shore of Nova Scotia in 1990 to end out his dentistry career. In 2002 he retired and moved to Truro. He and his wife enjoyed travelling throughout Canada and the states after he retired.

We would like to thank all the nurses on D3 and Palliative Care Unit at Colchester East Hants Health Centre, Truro, for all the great care that they provided. A special thanks to Dr. David Henderson, Dr. Jamie Grandy and the other Hospitalist for all their care as well. Thank you to Dr. Stephen Ellis for all that you did for him over the years when he was under your care.

Arrangements have been entrusted to Mattatall – Varner Funeral Home, 55 Young Street, Truro. Private messages of condolence may be sent to the family by viewing Cal’s obituary on-line and selecting "Send A Condolence" at: www.mattatallvarnerfh.com