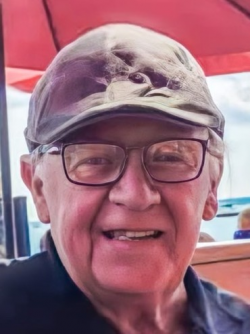 Peter Aubrey Nelson – 72, Truro, formerly of Central Onslow. It is with deep sorrow that we announce the passing of Peter Aubrey Nelson on Tuesday, August 23, 2022, at home, surrounded by his family. Born in Amherst, he was a son of the late Hilton and Moira (Chadwick) Nelson.

Peter attended NSCAD and Dalhousie Universities and was passionate about his career as a planner for the Province of Nova Scotia, various capacities in Calgary and Alberta and lastly as Director of Planning for the Town of Truro.

Peter’s family would like to thank the staff of the ER at Colchester East Hants Health Centre, Dr. Robin Grant in particular, and our family doctor, Dr. M. Masoumi and the VON for their outstanding care and compassion.

As per Peter’s wishes, cremation has taken place and a private family interment will be held at a later date. If so desired, donations in Peter’s memory to a charity of choice are welcomed.

Arrangements have been entrusted to Mattatall – Varner Funeral Home, 55 Young Street, Truro. Private messages of condolence may be sent to the family by viewing Peter’s obituary on-line and selecting "Send A Condolence" at: www.mattatallvarnerfh.com