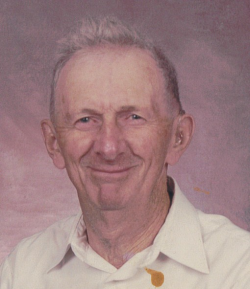 Harry Judson Wilson – 99, Debert, passed away peacefully on Saturday morning, September 3, 2022, at the home of his daughter, Linda. Born in Little Bass River, he was a son of the late Andrew and Daisy (Fielding) Wilson.

Dad was a proud member of The Cape Breton Highlanders during the Second World War. He always looked forward to the reunions and continued calls from Leonard Boudreau, which he appreciated and enjoyed. Following the war, he worked for Brookfield Lumber for many years. His last years of employment were with Corps of Commissionaires, and after 25 years of service at Camp Debert, he retired as Sergeant in charge. Dad was a life member of Royal Canadian Legion, Branch 106, Debert, where he served in different roles over the years, and he was also a member of St. John’s Anglican Church, Truro.

Dad was a hard worker all of his life, going above and beyond in providing for his family. Upon retirement, Dad and Mom spent six years enjoying the Florida sunshine during the winter months, where they made many lasting friendships. They enjoyed travelling, making many trips to Cape Breton and Newfoundland. Their travels also included trips to visit daughters and grandchildren in all parts of Canada and United States.

After 37 years of marriage and attending dances, Dad wanted to learn more than the waltz. Mom gladly taught him as they danced around the kitchen. They attended dances up to four times a week.

Following Mom’s passing, Dad started attending the seniors dance as long as his health allowed. Upon moving to his daughter’s home, he enjoyed the constant companionship of his little fur buddy, Forest, who brought true joy into his life. With the move, Forest became a daily companion who was with Dad through thick and thin. Forest became a proud Blue Jays fan with his own jacket, courtesy of "Grampie".

Along with his parents, Harry was predeceased by his loving wife of 70 years, Phyllis (Lorette); son, Ross; son-in-law, Patrick Shee.

We would like to extend our heartfelt thanks to the caring VON staff for being there the last year and a half. Also, we would like to thank the Palliative Care Team for their caring support. Special thank you to granddaughter, Amy, and Forest for being the best medicine to help Dad get through his last two hospitalizations.

Arrangements have been entrusted to Mattatall – Varner Funeral Home, 55 Young Street, Truro, where a Legion Tribute Service will be held 12:30 p.m., Saturday, September 10, 2022, followed by visitation from 1-2:15 p.m., and funeral service at 2:30 p.m., The Reverend Lori Ramsey officiating. Interment in Terrace Hill Cemetery, Kaulback Street, Truro. If so desired, donations in Harry’s memory to VON (Colchester East Hants) are welcomed. Private messages of condolence may be sent to the family by viewing Harry’s obituary on-line and selecting "Send A Condolence" at: www.mattatallvarnerfh.com