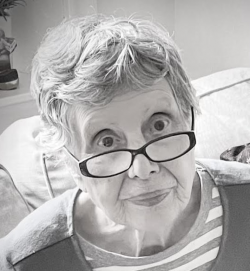 Shirley Allen – 87, Truro, passed away with her family at her side at Lillian Fraser Memorial Hospital, Tatamagouche, on Thursday, September 15, 2022. Born in Salford, England, she was the daughter of the late Lewis and Kathleen Doyle, and emigrated to Montreal, Quebec in 1950.

In 1952 she joined the RCAF as an airwoman where she met, and later married, LeRoy Allen of Yarmouth. She was a dedicated homemaker, wife and mother.

Special thanks are extended to the staff of Fergus Hall at Parkland Truro and the doctors and staff at Lillian Fraser Memorial Hospital, Tatamagouche, for their care.

Private family service and interment will be held. If so desired, donations in Shirley’s memory to Lillian Fraser Memorial Hospital Auxiliary or Alzheimer Society of Nova Scotia are welcomed.

Arrangements have been entrusted to Mattatall – Varner Funeral Home, 55 Young Street, Truro. Private messages of condolence may be sent to the family by viewing Shirley’s obituary on-line and selecting "Send A Condolence" at: www.mattatallvarnerfh.com