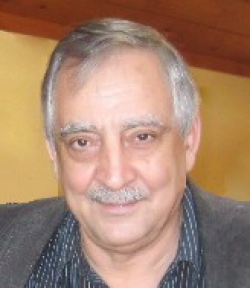 Dr. Hossain Farid – 75, Truro. The family of Dr. Hossain Farid, 75, are profoundly saddened to announce his passing on Monday, November 14, 2022. Hossain passed away peacefully after a short bout with pancreatic cancer, surrounded by his family.

He is survived by his loving wife, Flora Riyahi; sons, Sohrab (Apeksha) and Amir; grandson, Arastu. The first of six boys, Hossain was born in Esfahan, Iran to Alireza Farid-Naeini and Farkhondeh Alavi.

Hossain received degrees from Pahlavi (Shiraz) University, and his doctorate jointly from Ohio State University and University of Alberta. He married Flora, the love of his life, in 1976. The two travelled the world together, relocating many times to various countries and continents, but found home in Truro, Nova Scotia, in 1990, when Hossain joined what became the Agricultural Campus of Dalhousie University.

He often spoke of how appreciative he was of the collegiality and brilliance of his co-workers. Hossain’s family is very proud of his accomplishments as a geneticist. This includes his nearly 100 publications, his presentations of scientific papers around the globe, the widespread acclaim he received from his peers, and the impact he had on the many students and mentees over nearly 30 years as a professor. They are even more proud of what a wonderful husband, father, grandfather and friend he was. He loved to entertain, both in terms of hosting friends, but also with his witty remarks and hilarious anecdotes.

An immigrant to Canada himself in 1982, Hossain took great care over the years to help newcomers to Canada settle in. Whether it was an airport pickup, hosting people until they found a home, or simply taking them grocery shopping, Hossain was a source of reliable support for those new to Nova Scotia. He always moved those close to him, old friends or new, with his unfailing warmth, grace and decency.

Hossain’s family wishes to thank Dr. Chris Cook, Dr. Jagmohan Singh, and the ICU staff at Colchester East Hants Health Centre. They are also grateful for all the family and friends who walked this difficult journey with Hossain. Family and friends grieve his loss, but celebrate the full life that he lived, which he insisted was one without regret. His touching last words, "I am blessed", inspire those who loved him.

A "Celebration of Love" memorial service will be held from 4-6 p.m., Sunday, November 20, 2022, at Best Western Glengarry Hotel, 150 Willow St., Truro (masks mandatory). In lieu of flowers, Hossain’s family asks that donations be made to the Colchester Food Bank or Pancreatic Cancer Canada.

Arrangements have been entrusted to Mattatall – Varner Funeral Home, 55 Young Street, Truro. Private messages of condolence may be sent to Hossain’s family by viewing his obituary on-line and selecting "Send A Condolence" at: www.mattatallvarnerfh.com