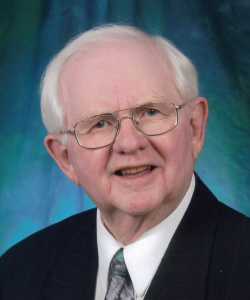 Donald P. MacLaren – 83, Truro. We are sad to announce the passing of Donald P. MacLaren on Thursday, November 17, 2022, at Colchester East Hants Health Centre. Don was born in Montague, Prince Edward Island, the eldest son of the late Douglas and Irma (Wood) MacLaren.

Following graduation from Montague High School, Don worked with The Canadian Bank of Commerce for 10 years.  He held various positions in branches throughout the Atlantic Provinces. In 1967 Don joined the Administrative Team of Colchester Regional Hospital, Truro, as Business Manager. Upon completion of the three year program in Hospital Administration from the University of Manitoba, he was appointed Assistant Administrator. In this capacity, he established the first Social Work Department in the hospital and the first Palliative Care Unit.  Within the Pastoral Care Program, he organized weekly church services in the hospital chapel.  Don was sent to Toronto to meet with experts concerning the formation of hospital foundations.  He then established Colchester Hospital Foundation. He also worked with several members of Colchester Hospital Auxiliary to set up a coffee shop and gift shop to provide these services for patients, their families and staff. Being an artist himself, Don organized an Art Gallery at the hospital where local artists could display their work.

After a long and successful career, Don retired from the hospital in 1994. After six months of retirement, Don returned to the work force and accepted the position of Manager of Colchester Community Workshops, this being a place for challenged adults to work and socialize. Here he expanded the New to You shop and established Colchester Community Workshops Foundation. His vision of having a new and larger facility came to fruition with the opening of Rotary House in 2005.

Don was a member of St. James Presbyterian Church in Truro, where he was an Elder for several years and a member of St. James Male Chorus. Don was Chairman of 4th Truro Boy Scout Group Committee at the church. He and Elizabeth were leaders of the youth group for many years. Don was a life member of Kinsmen Club of Canada; Past-President of Truro Kinsmen Club and a member of K40. Don and Elizabeth were founding members of Cotillion Ballroom Dance Club and received their bronze and silver medals in Ballroom Dancing. Don enjoyed oil painting and was a member of The Truro Art Society. Don and Elizabeth enjoyed many trips to Bermuda, Florida, Nassau, Alaska and Hawaii, but their most enjoyable times were at their cottage in Brule where they spent the past forty-nine summers.

Arrangements have been entrusted to Mattatall - Varner Funeral Home, 55 Young Street, Truro, where Don’s family will receive friends from 2-4 and 6-8 p.m., Tuesday, November 22, 2022. A Service of Celebration will be held 2 p.m., Wednesday, November 23, 2022, at St. James Presbyterian Church, 725 Prince Street, Truro, with Rev. Andrew Campbell and Dr. Brian Ross officiating. Reception will follow in the church hall.  Spring interment in Crossroads Cemetery, 110 Salmon River Road, Valley. In lieu of flowers, donations to St. James Presbyterian Church Memorial Fund or a charity of your choice are welcomed. Private messages of condolence may be sent to the family by viewing Don’s obituary on-line and selecting "Send A Condolence" at: www.mattatallvarnerfh.com