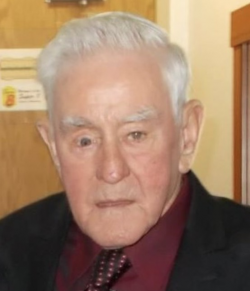 Bob was a hard worker and tried his hand at many jobs over the years, which included being a farm hand, delivery driver for Fundy Dairy, forestry worker, coal miner, truck driver, taxi driver, Laidlaw garbage truck driver, Stanfield’s, hauled lobster, construction and for the past few years, he worked with Justaart Landscaping. He loved spending time with family and friends and always looked forward to a drink of rum with his little buddy, Doug.

Arrangements have been entrusted to Mattatall – Varner Funeral Home, 55 Young Street, Truro, where Bob’s family will receive friends from 4-6 p.m., Friday, November 25, 2022. Interment at a later date in Cape Breton. If so desired, donations in Bob’s memory to a charity of choice are welcomed. Private messages of condolence may be sent to the family by viewing Bob’s obituary on-line and selecting "Send A Condolence" at: www.mattatallvarnerfh.com