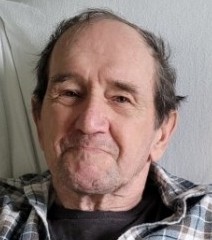 Cecil George Fielding – 82, Truro, passed away Monday evening, November 28, 2022, at Glen Haven Manor, New Glasgow. Born in Truro, he was a son of the late Henry and Helen (Hamilton) Fielding.

Cecil loved being out in nature and fishing, rock collecting and metal detecting were his hobbies. He enjoyed tinkering with cars, and because of his mechanical prowess, he was often called upon for advice or labour. Family and friends knew him as always being willing to help others. He was very social and very much enjoyed spending time with his children and grandchildren. He was employed for many years with Goodrich in Kitchener, Ontario and then at Thermo-Cell in Debert.

Special thanks are extended to the staff at Glen Haven Manor for their care and support during the year that Cecil lived there.

Arrangements have been entrusted to Mattatall – Varner Funeral Home, 55 Young Street, Truro, where Cecil’s family will receive friends from 5-8 p.m., Tuesday, December 6, 2022. Spring interment in Crossroads Cemetery, 110 Salmon River Road, Valley. If so desired, donations in Cecil’s memory to IWK Health Centre Foundation are welcomed. Private messages of condolence may be sent to the family by viewing Cecil’s obituary on-line and selecting "Send A Condolence" at: www.mattatallvarnerfh.com